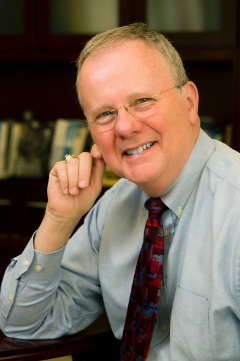 After almost 30 years at Virginia Tech and 42 years in student affairs, former Eta Lambda chapter advisor Edward Spencer has announced his retirement, planned for June 2012. “Dr. Spencer has had a long and distinguished career at Virginia Tech.  He will be greatly missed by all of his colleagues, but more importantly by the Virginia Tech students — past, present, and those who will join the Hokie Nation in the future,” said University President Charles W. Steger. As Vice President of Student Affairs, Ed provides leadership and oversight to the 15 departments in the Division of Student Affairs, including Career Services and Dining Services.

Some other highlights to add to Spencer’s tenure include:

Following retirement, Spencer says he plans to spend more time with his grandchildren and volunteering, consulting, and traveling. He also plans to return to involvement with Sigma Chi on a national level and hopes to catch up on reading and home projects.  On behalf of the entire Eta Lambda Chapter, we’d like to say “Thanks Doc!”

To read the full article on Spencer’s retirement, feel free to check out this article on the Virginia Tech website: http://www.vtnews.vt.edu/articles/2011/10/101711-dsa-spencer.html 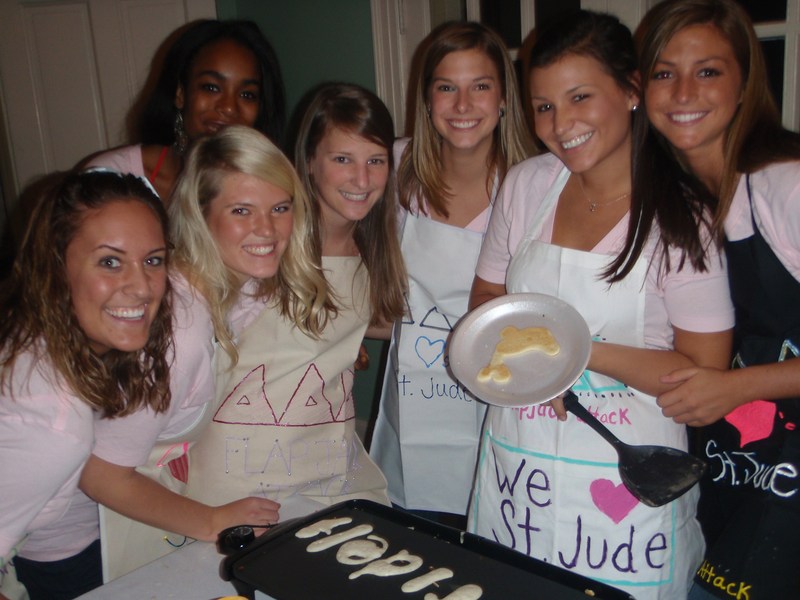 With the help of our Philanthropy Coordinator, Mark Cecchini (’13), the Eta Lambda chapter had the proud honor of winning Tri-Delta’s Flapjack & Football Philanthropy for the 3rd time in 4 years this past Sunday.  With high attendance at their pancake eating contest on Tuesday and a 2nd place finish to SAE in the Flag Football competition on Sunday, Sigma Chi was crowed the champions of the 5th annual philanthropy.

Sigma Chi will be holding their fall rush for all potential members starting October 4th, 2011.  The events are as follows: 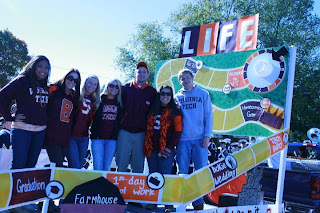 The Eta Lambda chapter carried the momentum from its strong start to the year into October, raising the most money in the history of the Huntsman Golf Tournament (with the $5,500 donated, the chapter will now have its own engraved brick in the walkway leading up to the Huntsman Cancer Institute in Salt Lake City, Utah). Since then, the chapter has added two more impressive notches to its 2010 belt: Winner of Homecoming 2010 and Champion of the 2010 Kappa Delta Fall Festival.

Paired with the sisters of Alpha Delta Pi and the brothers of Farmhouse, Sigma Chi was able to earn the most points of any Greek team and be consequently crowned winners of Homecoming Week 2010. We were able to do this by coming out in strong numbers to donate blood, participate in communitty service events like Greeks Giving back, build a parade float, and attend various school-sponsored comedy performances.

Fresh off the homecoming victory, the Eta Lambda chapter marched on to win Kappa Delta’s Fall Festival philanthropy this past Saturday. To win, brothers participated in a cornhole tournament, a corn-eating contest, a pumpkin carving contest, an overall attendence count, and a Moe’s night. By winning the Fall Festival, the Eta Lambda chapter has now won both of Kappa Delta’s 2010 philanthropies (the other one being the Shamrock Project this past Spring).

Pictured Above: Brothers Michael Reisch (’12) and Matt Bos (’12) ride the homecoming float with sisters of ADPi. 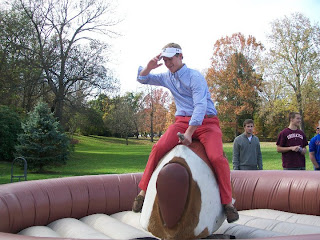 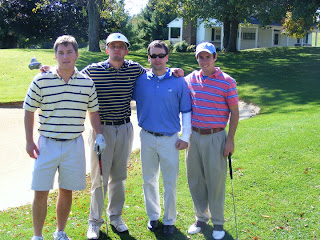 Sigma Chi, Eta Lambda held the fourth annual Huntsman Charity Golf Tournament on October 17, 2010 benefitting the Huntsman Cancer Institute.  The Huntsman Cancer Insitute became Sigma Chi’s additional beneficiary in 2005 and since, Sigma Chi chapters across the country have raised money that helps fund the center’s treatment and accommodations.  The Eta Lambda chapter was able to raise $5,500 at this year’s event, $3,000 more than last year’s fundraising tournament.  Undergraduates, Alumni, family, and friends gathered for this year’s tournament to help expand the field to 21 teams.  This is the 2nd year in which the tournament has been in honor of Duane Perdue and Norrine Spencer, two vital members of the Eta Lambda community who have fallen succumb to cancer recently.

This year’s tournament winners (pictured below) were Michael Doughty (’11), Andrew Lavinder (’11), Chad Williams (’00), and Gray Patterson (’11 – Roanoke College Tau Chapter).  We’d like to take this time to thank all participants, sponsors, and other guests who were made this event so successful this year.  See you next year!

For the second time in three years, the Eta Lambda Chapter (led by Philanthropy coordinator Mark Larsen (’11)) was crowned champion of Tri Delta’s Fashion, Flapjacks, and Football Philanthropy. We did so in dominating fashion, winning each competition in the week long event. In the first event on Tuesday (the fashion walk-off at Top Of The Stairs), we took home first place in both the skit category and overall attentence. We also had the best attendence on Thursday, as we had 12 more brothers than any other fraternity come out to eat some flapjacks. To top it all off, David Kruchko (’12) and the rest of the flag football team dominated PIKE for the second time in eight days, bringing home the trophy and title of 4th Annual Fashion, Flapjacks, and Football Philanthropy Champions.

Brothers dressed up as Poke`mon to benefit St. Jude Children’s Research Hospital on Tuesday. The event, held at Top of the Stairs, was part of Delta Delta Delta’s week long philanthropy entitled, Three Days of Fashion, Flapjacks, and Football. Brothers performed a skit to the theme of, Sigma Chi Helping Tri Delta Cure Em` All. The overall theme for the day was “Childhood Memories.” Brothers performed a brief skit, and did their best “Dougie” routine to take home first prize. Philanthropy coordinator Mark Larsen (11′) worked with brothers to put together a humorous skit for a great cause. We hope to continue our winning streak this Sunday as the philanthropy concludes with a Flag Football tournament.

This past Sunday afternoon, quarterback Matt Ritt (’11) led the Sigma Chi flag football team to a dominant victory over PIKE in the championship game, coming within a 2 yard catch of having the game called by mercy rule. This adds great momentum for our athletics teams, as we look forward to the other two fall sports (volleyball and soccer), each of which we won last year.